TRUE TALENT DESERVES A STAGE - if necessary, we´ll build it ourselves!

Timo Holstein, owner of 360° Artist Management:
"We advise our artists with foresight and value long-term cooperations. Each step of the development is planned carefully, in the sense of a healthy and ultimately successful career. A calm and thoughtful approach to working with artists and partners is our strength. A holistic approach touches all areas of daily life, the artists are accompanied on their way with heart and passion. We always look for quick solutions that everyone involved can rely on in a binding way."

WE ARE CONVINCED OF THIS!
// The 360° Artist Managment team

Legal and financial affairs with the relevant specialist lawyers and partners

Glasperlenspiel, named after the novel Das Glasperlenspiel by Hermann Hesse, is a German electropop duo.
Carolin Niemczyk and Daniel Grunenberghave been thrilling audiences with intelligently produced urban pop for many years. Danceable electro beats meet catchy pop melodies, club vibes meet atmospheric R 'n' B and hip-hop influences. For their four albums released so far ("Beweg dich mit mir", "Grenzenlos", "Tag X" and "Licht & Schatten") GLASPERLENSPIEL have been awarded eight gold and three platinum records and sold more than three million records. The diamond hit "Geiles Leben" (2015) stayed in the German singles charts for more than a year without interruption, including eight weeks at the peak position #2 and reached more than 150 million audio and video streams, sold more than one million copies. With sold-out club and hall tours as well as live performances at around 100 festivals in Germany, Austria and Switzerland, Carolin Niemczyk, Daniel Grunenberg have entertained millions of fans. Live, Carolin Niemczyk and Daniel Grunenberg are in a class of their own. Grunenberg develops the visuals concepts and their implementation just as passionately as the production of the music. Far more than a DJ project and completely different from a classic band line-up.

(In cooperation with B612 Entertainment Rights aka HOLSTEIN+KUPPEL)

Singer and songwriter Michael Schulte is one of Germany's top pop artists, his voice is as outstanding as it is unique and thus always recognizable. The career of the Bambi award winner began back in the early 2000s, when he regularly uploaded cover versions to YouTube, accompanying himself on guitar as he interpreted international hits. His videos were clicked over 100 million times. In 2012, Schulte reached the third place in the TV show "The Voice Of Germany". His fame increased immensely when Schulte represented Germany at the Eurovision Song Contest in 2018 and took fourth place with the song "You Let Me Walk Alone." More hits like "Back To The Start," "All I Need," "Keep Me Up," "For A Second," "Here Goes Nothing," "Remember Me" and "With You" followed. Nearly five million people per month listen to his songs on Spotify - that's about 15 million streams. It's impossible to imagine radio without Michael's unmistakable voice!

Moritz Garthis not only one of Germany's most successful social media stars with over 450.000 subscribers on YouTube and 270.000 Instagram followers. The 26-year-old singer and songwriter has also already achieved big musical highlights, for example with his 2018 hit "Bumerang", which reached over eight million clicks on YouTube alone. In the same year Garth received the ABOUT YOU - Award and the Golden Camera in the category "Best Music Act". He accompanied Lea as support on her "Fahrtwind" tour, played his own "Bumerang Club" tour in spring 2019 and showed his outstanding live talent together with acts like Glasperlenspiel, Max Giesinger or Nico Santos at various festivals.

After the break forced by Covid, Garth took off with a new label and management as well as the hit "Zeit für uns" (meanwhile the song reached over ten million streams). The songs "Liebe" and "Toxisch" followed. The big "Liebe-Tour 2023" is being planned.

Timo Holstein has been active in the music business for almost 30 years. A passionate musician, a music enthusiast and a big pop fan. An all-rounder who has learned the entire spectrum of the music business - which he offers with 360° artist management - from scratch. This ensures comprehensive and well-founded advice for his artists in a familially atmosphere. Ready for exchange at any time, as a discussion partner, friend, sometimes psychologist, always a reliable advisor to the best of his knowledge and belief. Since 1993, the trained businessman works independently. He was a professional musician for 20 years, who managed himself and played with his band more than 1,600 concerts in GSA. The music manager can draw on an enormous network that has grown over three decades (he is, among other things, a board member of IMUC e.V.), and is regarded as fast and reliable worker.

"You have to love your work as if you had always remained a fan. Then you can easily give 120%!"

360° ARTIST MANAGEMENT
is a part of Timo Holstein – eigenARTevents.com

// Find out more about the services provision from our business segments: 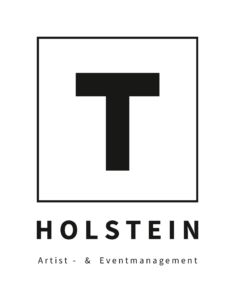